It is my son’s 7th birthday and as he is fond of trains, I had to make him a train card of course.

I started with stamping and colouring the images from Avery Elle Christmas Train. I used Copic markers and because blue is my little boy’s favourite colour, I made the train and cart blue. I used the coordinting dies to cut all images out.

For the background I used Newton’s Nook Design’s Petite Snow stencil with white textured paste on light blue cardstock. I set it aside to dry until I was working on the sentiment.

I die cut the Happy and Birthday words from the Waffle Flower Year Round words set using black cardstock. I also die cut a balloon from MFT Balloon Numbers from red glitter cardstock and backed it with a white balloon.

To set the scene I needed a snowbank so I used Newton’s Nook Design’s Land border die and white glitter cardstock. The perfect railway I found in Mama Elephant’s Little Train Agenda.

After assembling the card I popped up the train and balloon with 3D foam squares and used a clear shimmer pen on the presents and glossy accents to emphasize some details.

I wish you like my card as much as my son does.

I am popping in to share a card I made for the Mama Elephant Guest Designer Call. I wanted to use a stamp set I have not tried yet, so I chose the Animal Parade set. 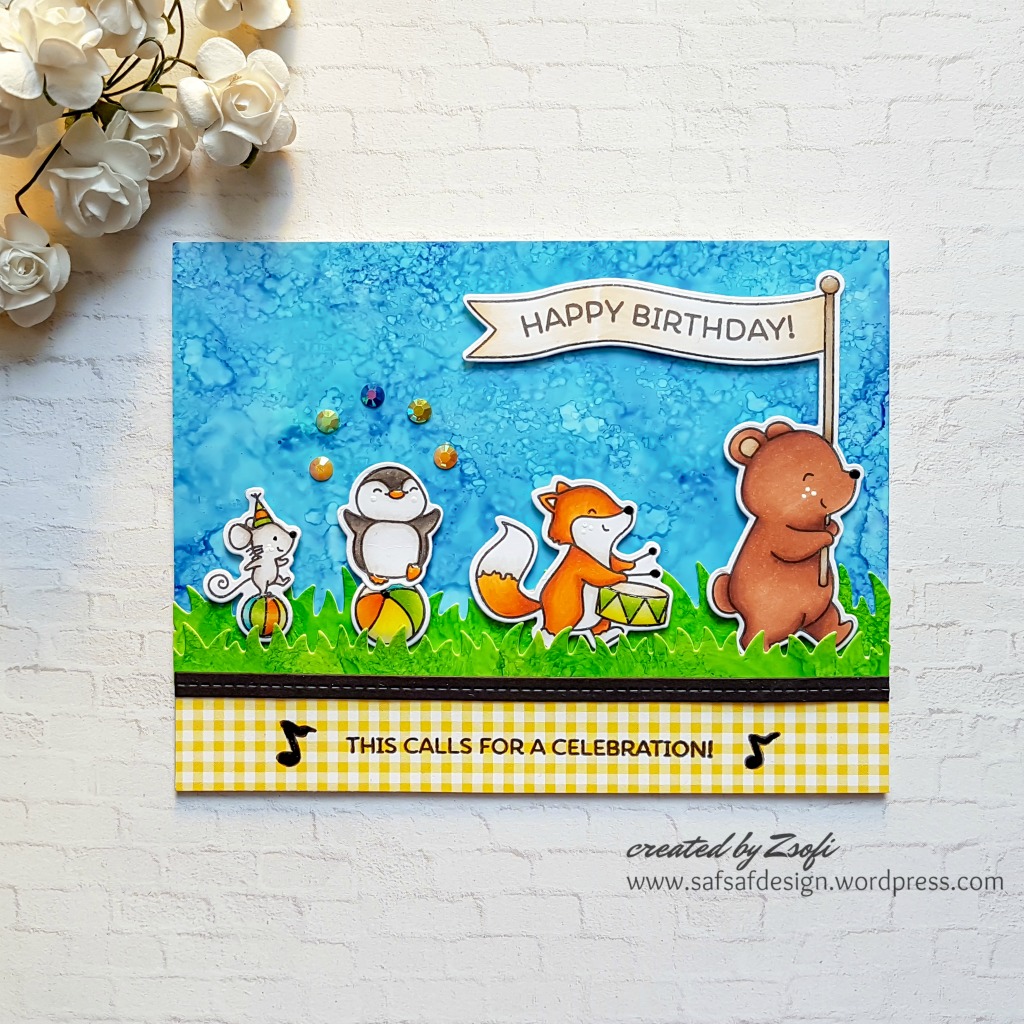 I started with stamping and colouring the images with Copic markers. I used the coordinating dies to cut them out. 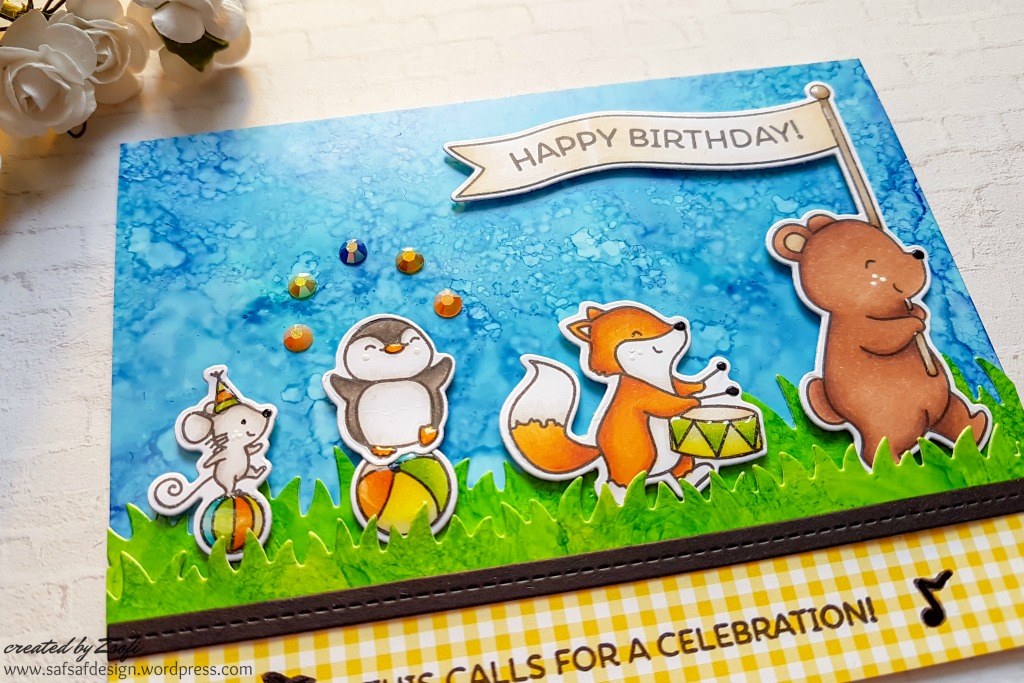 Then I made some alcohol inked backgrounds using blues and green inks. I used a round blending tool with a felt on to apply the ink with a dabbing motion. The Blending solution really helped to get a lovely texture. I set it aside to dry for 30 mins, then I die cut the grassy borders from the green and trimmed the blue to be the sky. 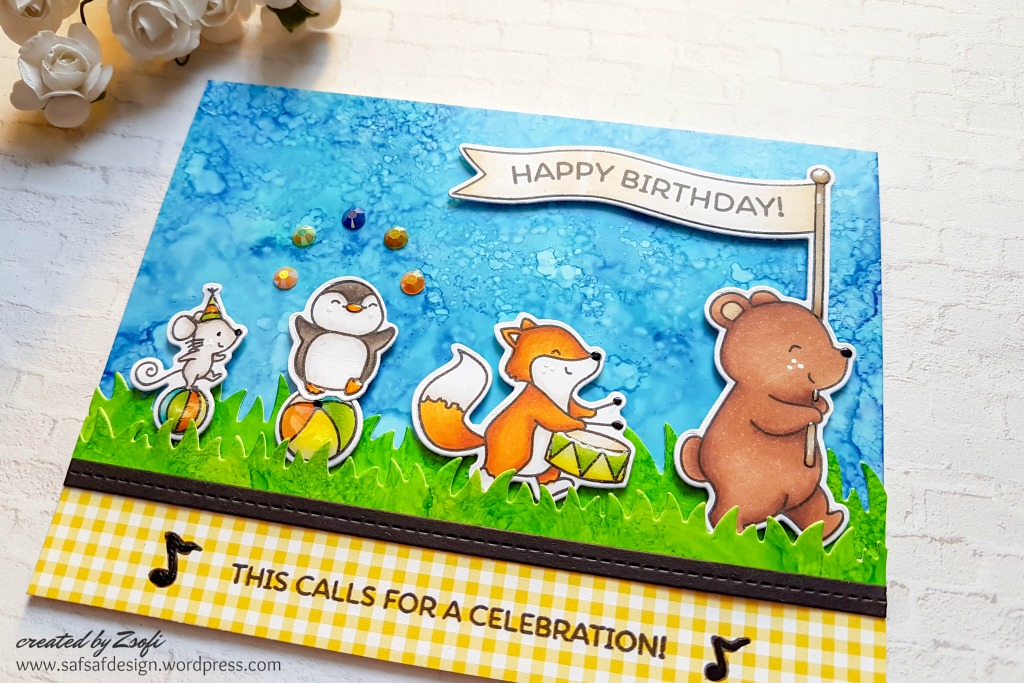 I popped up the images with 3D foam tape for more dimension, and added a yellow gingham patterned paper on the bottom to balance the colours. I decided to stamp an extra sentiment on this strip along with some music notes, which I coloured in with a black glaze pen. It gave some extra shin and dimension, looks great in real life. 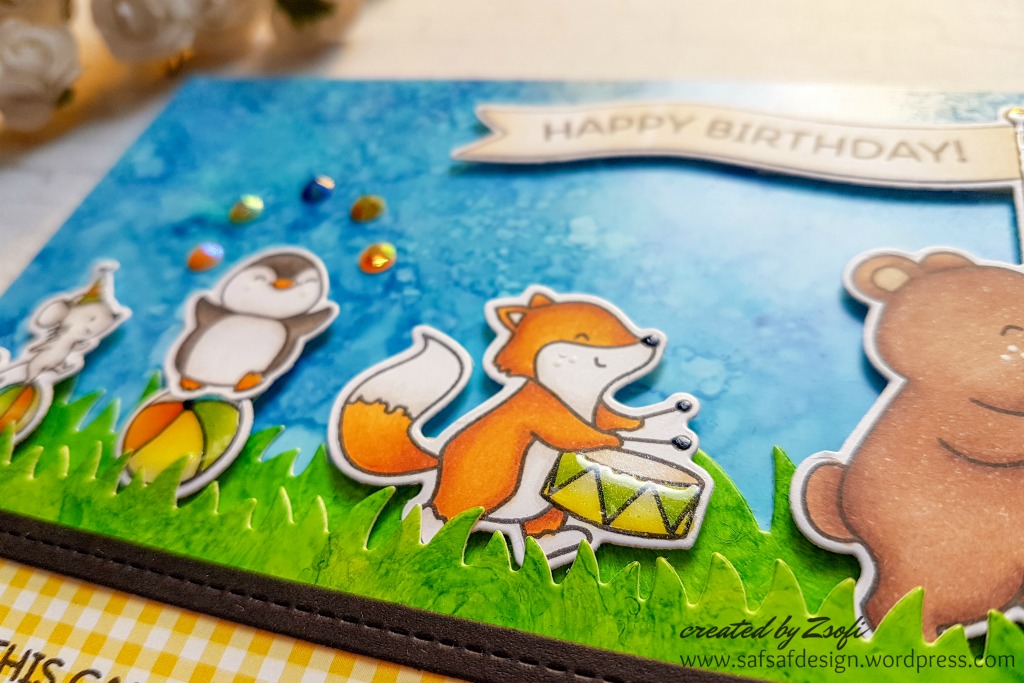 I also added a stitched strip of black cardstock on the bottom of the grassy borders, and covered the balls and the drum with Tonic Aqua Shimmer pen and glossy accents. The final touch was to add some jewels from Lucy’s Little Things as balls above the joggling penguin. 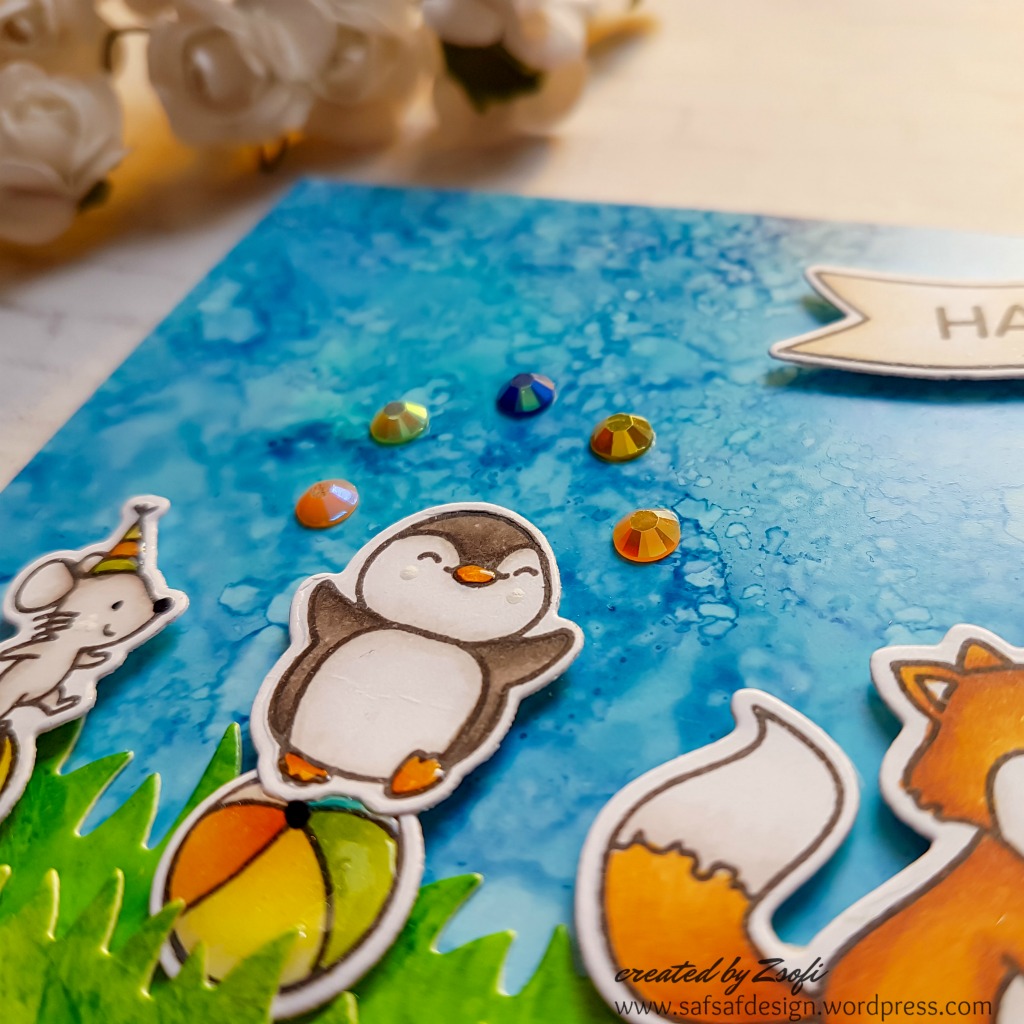 I will upload this card to the Simon Says Stamp Wednesday Challenge Make your own background.

I hope you like my card and will return soon for more inspiration. 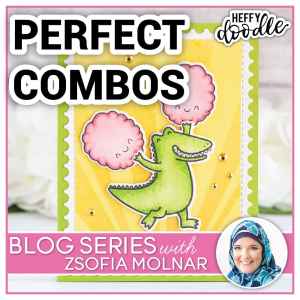